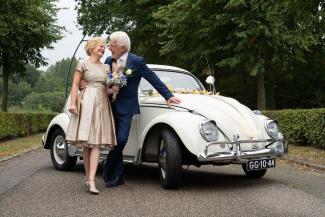 On July 4, 2021, the AJC proclaimed former President Jimmy Carter and his wife Rosalynn the longest-wed of presidential couples, celebrating 75 years of marriage. “Only 6% of married couples make it to even 50 years,” noted the paper. The Carters have persevered through the ups and downs of a meaningful and purposeful life with strong religious underpinnings. Said the Journal, they’ve had a “long and mostly happy 75 years together.”

Longevity helped the Carters in exceeding the 6% milestone in that they married young. Jimmy was 21, Rosalynn, 18; he’s now 96, she’s 93. Today’s couples are taking longer in general to tie the knot. In 2020 the average age for a first marriage was 30.5 years for men, 28.1 years for women. (US Census Bureau). For the modern couple who married at today’s average age, to reach even the Golden 50th wedding anniversary, the male would have to live to age 80, his wife, 78.

Divorce is a major  factor in not reaching long-range anniversary and financial success milestones. Per the American Psychological Association, about 40 to 50 percent of married couples in divorce. First marriages ending in divorce last about eight years on average. Sixty percent of all divorces involve those aged 25 to 39. Wives are the ones who most often sue for divorce at 66% on average. Divorce often blows up financial independence plans at any age, but more so in later years when there are more assets to fight over and divide, in addition to considerations involving minor children. “Gray divorce,” the “silver splinter,” those age 50 or over parting ways, is on the rise.

We counsel closely-held business owners to have business continuity plans in place to deal with the 5D’s─death, disability, divorce, disagreement, and dissolution. Those factors also impact a marriage and long-term plans for growth of assets and net worth. Partners in a business or a marital relationship should not procrastinate in putting relevant legal documents, agreements, and insurance programs in place. They should safeguard the future of key people in the relationship in order to avoid or reduce stress, discord, and potentially costly and destructive financial and emotional outcomes.

Couples reaching 50 years old, “gray divorce territory,” often still have children in middle school, while some are college-bound or already there. Aging parents needing care and support, financial and otherwise, may be in the mix. As we advise couples in their late 40’s and early 50’s, they face some very high cost years. Retirement, whatever that is, is not that far off as the timeframe for financial independence shrinks. Pressures are increasing and marital strife makes everything more complicated. If a closely-held business is the major asset and family revenue source, a breakup gets even more messy.

Death is a factor in not making the Diamond Anniversary milestone or beyond. Per a study, “Why Men Often Die Earlier Than Women,” 57% of those ages 65 and older are female. By age 85, 67% are women. Men are 50% more likely than women to die of heart disease, with poorly treated high blood pressure and unfavorable cholesterol major factors. Healthcare is wealthcare, guys!

Money disagreements and financial pressures are the number one issues that couples fight about and the second leading cause of divorce after infidelity. Opposites often attract. You and your spouse are likely to have unique upbringing stories with differing attitudes toward priorities, work versus leisure, career versus family and children, money, spending, saving, investing, and overall financial management. A healthy relationship often is one where both parties seek common ground within their different stories, agreeing on or at least compromising with respect to key financial decisions.

Women, by nature are nurturers, and may worry more than men about the future as it relates to their independence and the welfare of the family and children. Virtually everyone knows a divorced person, widow or widower, who’s been left in a financial lurch due to planning failures. Have you had the “What if?” conversation with your spouse or partner? Business partners are in a marriage of sorts. Same question applies.

Any successful, long-lasting, value-building relationship, in business or marriage, rests  on a foundation of respect, openness, good communication, a willingness to listen, honesty, generosity, selflessness, and a sharing of goals and objectives. A financial plan reflecting those virtues is the basis for economic and purpose-driven success. Co-existing in relative peace and harmony in any close relationship takes commitment and sacrifice. The Carters are a shining example.

An agreed-upon and mutually monitored financial plan and strategy for wealth-building and wealth-preservation underpins long-term harmony. A pastor in , Dave Willis, and his wife Ashley founded strongermarriages.org. Advises Dave, “Love your spouse more than you love your career, hobbies and money. That other stuff can’t love you back.”